How to choose the correct LED driver for your LED Lights Installation?

What is a LED Driver Power Supply?

LED Drivers are devices which regulate and supply the power used to `drive` runs of LED strip lighting. Similar to traditional transformers, they transform mains voltage alternating current (100-240v AC) to a lower voltage. However, LED drivers also transform mains voltage current to a constant, direct current (DC) that LEDs require. By adjusting their output according to the electrical properties of the LED tape which changes as it heats up, drivers regulate the power supplied to the LEDs to be a constant of usually either 12v or 24v of DC. 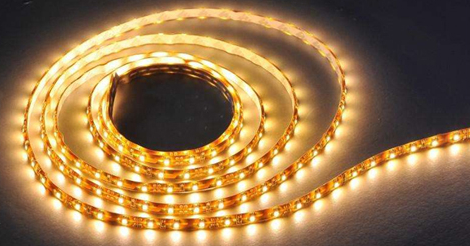 Because LEDs require a constant DC of 12v or 24v, LED drivers are required in all LED systems (except those which are specifically developed to be controlled by mains voltage Power Supplies such as mains voltage tape or LED bulbs). But with Ultra LEDs buying a suitable driver is easy – just answer these 5 simple questions:

The amount of power LED tape consumes varies depending on its length. The wattage of a tape is the amount of power the tape consumes per meter. To work out how many watts your run of tape needs simply multiply the wattage of the tape by the number of meters you are running. Once you know the wattage of the run of tape you can then choose a suitable driver.The wattage of a driver indicates its maximum output capability. We recommend choosing a driver with a wattage capability at least 20%~30% higher than the wattage the LED tape requires to ensure a longer lifespan.For example, 5m of 6w LED tape requires 30 watts. We would recommend using a driver with an output capability of 36 watts or more to power this tape. All LED Drivers can meet UL/cUL, ETL/cETL, GS, CE, RoHS listed. At present, Zhenhuan Electronic and Keysun Technology can make the LED power supples of the output wattage up to 320W.

Previous : What are the Differences Between Protection Class I and Class II? Next : What`s ELV, MLV, Triac dimming all mean?
Related News
Read More >> What are Class P LED driver and why should you choose it?
May .19.2022
Sales Sales
Sales